Trademark Registration Can Be Tricky

Trademark Registration Can Be Tricky

Recently, I got a call from Bob Smith. Bob’s a doctor and a budding entrepreneur. He was upset. He said one of the big box stores had stolen his trademark. He explained that he had developed a hand sanitizer that was easier on your skin. It didn’t dry out your hands like others. He didn’t try to get patent protection because his formulation was very similar to many existing formulas, with just a few tweaks. But he said he had picked a great name that would really help sell the product. The name he chose was PURE CLEAN. I asked him if he had registered the name and he said he had.  “I have a Federal trademark registration for the name.” I thought “great.” He’s got a registered name that will help against the big box store. I asked him what attorney he had used, and he proudly said, “I did it myself.” In my mind, “great” immediately dissolved into “I hope he didn’t make a mistake.” You can make several mistakes when you file a trademark application. It’s not as easy as it looks. You can learn the hard way that “you don’t know what you don’t know.” 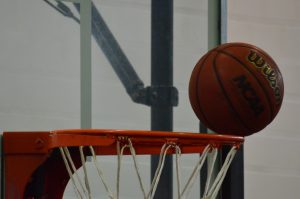 His story continued. He said that he had approached a big box store to determine their interest. They pondered the idea for a few weeks and then said they weren’t interested. But a few months later, they launched their own line of hand sanitizer, and amazingly, called it Pure Clean. I’m starting to get excited about this case.

I knew we didn’t have patent protection because no application was filed. But perhaps there’s more we can use. I asked whether he had signed a nondisclosure agreement with the big box. Always a good idea, but unfortunately, no. I asked if they had copied his formula? Unfortunately, again, no. But they did take his name and the damages for using his name could be his actual damages, the profits made from bog box’s sales, plus attorney fees.

While we were talking, I looked on the USPTO website and confirmed that the mark was registered and had a first-date use of more than a year ago. I was encouraged. Everything was looking good. I can help Bob.

Stay tuned, next week I’ll share the rest of the story.

This article is not legal advice but should be considered as general guidance in intellectual property law. If you have specific questions, schedule a time with me and we can talk.

Have questions about trademarks, patents, copyrights, trade secrets, or other types of Intellectual Property? Let’s talk and assess your IP today.
Click here to schedule a time to talk or give me a call at 248-318-7015.