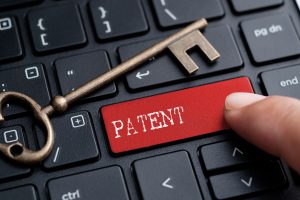 Rotocut Tools vs. Black & Decker is a great case to illustrate the importance of these steps. Doug Hougen, owner of Rotocut Tools, invented a safety device for magnetic based drills. The invention was a punch on the magnetic base that slightly penetrated the work surface.

Magnetic based drills are typically used to drill holes in the construction of high- rise buildings. The magnetic base adheres to the metal beams while drilling holes for rivets or bolts. The problem is that the magnet effectively holds the drill motor perpendicular to the work surface, but doesn’t prevent it from spinning. If the cutter gets stuck, the drill spins and throws the worker off the building. Doug’s invention stopped this. Doug discovered that just a slight penetration prevented the drill from spinning.  Doug was granted a patent on his invention in 1981.

His commercial device had a sliding hammer that struck the punch to penetrate the work surface. Black & Decker later launched a competing product, and Doug’s company sued in 1986. Black & Decker’s drill had a cam instead of a sliding hammer, but the result was the same. Doug lost his lawsuit. The choice of one word, “strike” was the difference between victory and defeat. His lawyers did not follow the three steps, costing Doug millions.

Doug’s true invention was discovering that a small penetration into metal can save lives. Unfortunately, his patent lawyer claimed the commercial product. The claims required the punch to be “struck.” They did not understand the invention and did not write claims. There should have been claims to a point that penetrates the work surface, regardless of how it entered the surface.

When drafting claims, you get as many claims as you want.  At least some of those claims need to be drafted to cover the “true invention.” This requires thought, effort and collaboration with the inventor(s), business owners and patent counsel.   To learn the “true invention,” you have to keep asking “why” and “how.” Why did we do this?  Why did we do it this way?  Why is it going to be successful, how could we do it differently, how will the competition do it, etc.

What was done before your invention may affect the scope of your patent claims. It is always an advantage to know what the examiner considers relevant. Your claims are a negotiation between you and the examiner. It is best to draft your claims as precisely as possible in view of the prior art. This reduces arguments that can later be used against you.

Use a thesaurus. A quick check of “strike” gives you much broader words to use such as move, drive or force. Any of these would have given Doug a victory. They would have covered every way to get the punch into the work surface, not just striking the punch.

To get strong patents, collaborate with your patent counsel and confer on the claims. Make sure that the claims are to the “true invention”, in view of the prior art, and use the broadest, strongest claim language.

Don’t get “struck” down with a weak patent.