Cautionary Words about Words in Agreements

What seems clear can be mistaken!

Two recent decisions highlight the importance of carefully writing and understanding agreements. One case involves non-disclosure agreements. The other involves the assignment of future inventions, a common provision in many employment agreements.

Businesses use non-disclosure agreements in many situations: mergers and acquisitions; to obtain the expertise of third parties for development of new technologies; and to test products with third parties without publicly disclosing the product. In all these examples, the purpose of the NDA is to protect trade secrets and confidential information. 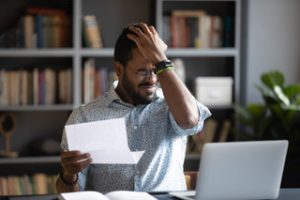 These agreements must be carefully worded, or you could lose your trade secrets and confidential information.  BladeRoom learned this the hard way. Because of the language in their NDA, which they drafted, they lost a $60 million judgement and $18 million in attorney and expert fees.

BladeRoom Group Ltd. and Emerson Electric are competitors, involved in designing and building data centers. Emerson was interested in purchasing Bladeroom, and in 2011, they signed an NDA. Of importance was Paragraph 12 of the NDA. It provided:

The parties acknowledge and agree that their respective obligations under this agreement shall be continuing and, in particular, they shall survive the termination of any discussions or negotiations between you and the Company regarding the Transaction, provided that this agreement shall terminate on the date 2 years from the date hereof (emphasis added).

The acquisition fell through. A year later, the two were competing for a contract to develop a data center for Facebook. In 2014, three years later, Emerson was chosen by Facebook. BladeRoom later discovered that Emerson used their trade secrets. In 2015 they sued Facebook for copying its technology, and Emerson for breach of contract and misappropriation of trade secrets. Bladeroom settled with Facebook. The trial continued against Emerson and BladeRoom won.

Emerson appealed, arguing that the NDA ended in 2013 and any disclosure after the NDA terminated wasn’t a misappropriation. The 9th Circuit Court of Appeals agreed. The Court found that the language “provided that this agreement shall terminate on the date two years from the date hereof” meant that any disclosures after termination were not subject to misappropriation. Emerson was free to use what it learned during due diligence after the two-year period expired.

Non-disclosure agreements are not boilerplate, commodity agreements. As this case illustrates, they must be carefully drafted. In fact, I suggest that once drafted, someone else knowledgeable about these types of agreements, closely review it for potential issues.

In the case of Omni Medsci, Inc. v Apple Inc., the question was who owns the patents were at suit. Apple argued that Omni didn’t own them, and that their case should be dismissed. Omni acquired the patents through an assignment from Dr. Islam, a professor at the University of Michigan. During an unpaid leave from the University, he filed several patent applications. He assigned the resulting patents to Omni.

Apple asserted that U of M owned the patents because Dr. Islam had agreed to abide by their bylaws. The bylaws stated that patents developed by staff shall be the property of the University.

Many employment agreements intend for employees to assign their future inventions. Look at yours and confirm that the assignment is a present assignment and not a future obligation.

Contract language can develop over many years of Court decisions. What seems obvious to a layperson can result in a different conclusion in court. Terminate may not mean “with your secrets maintained,” and shall may not mean it happened.

Have questions about trademarks, patents, copyrights, trade secrets, or other types of Intellectual Property? Let’s talk and assess your IP today.
Click here to schedule a time to talk or give me a call at 248-318-7015.