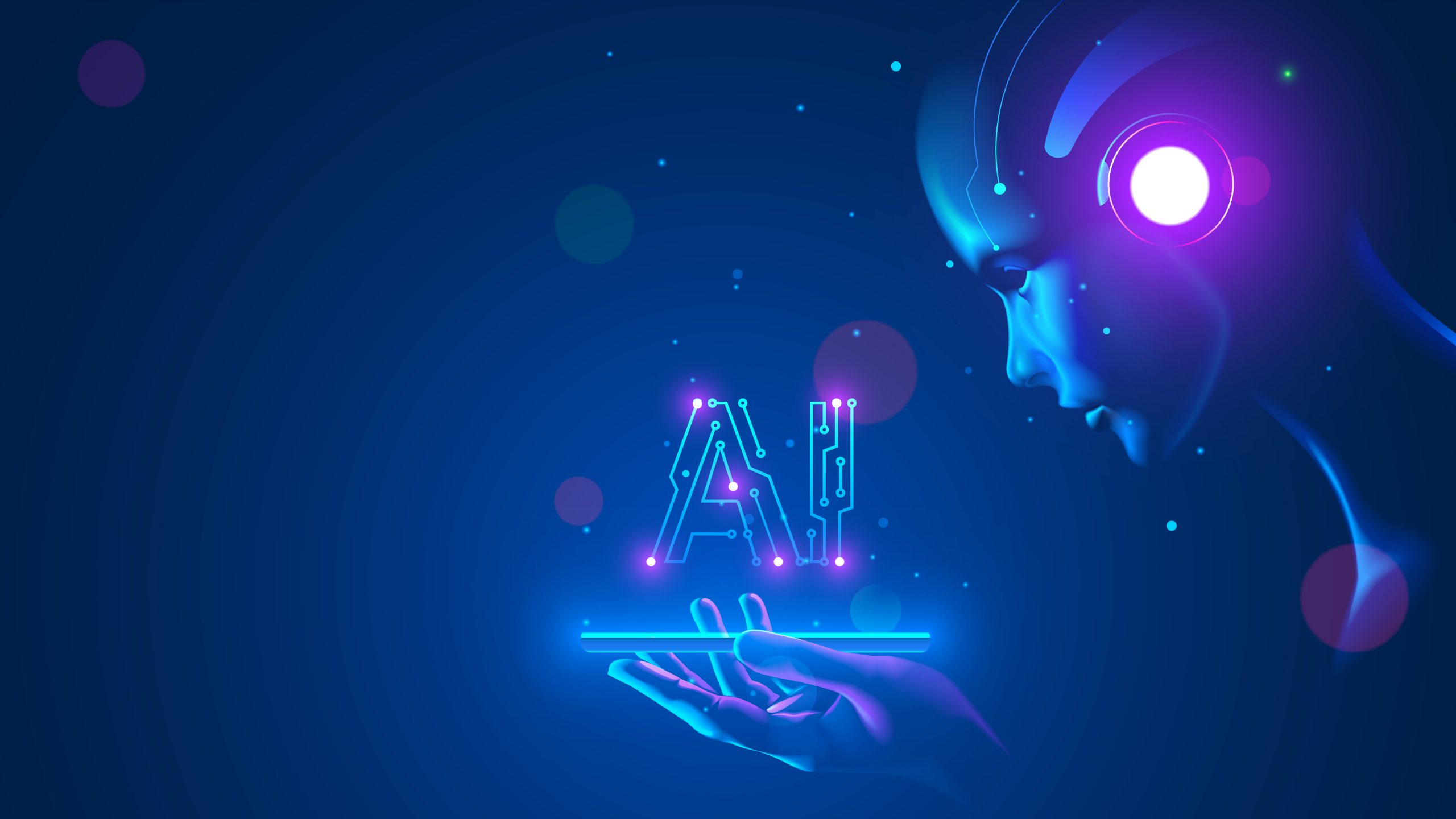 In my latest article for VentureBeat I discuss the debate on whether AI machines should be able to patent their inventions and policy consideration.

Can AI Be The Inventor Of A Patent?

U.S. Judge says “no,” while others consider it a “maybe.”

Artificial intelligence (AI) has had a profound impact on our society in recent years, but it’s been around longer than you may realize. Many people attribute the beginning of AI to a paper written in 1950 by Alan Turing titled “Computer Machinery and Intelligence.” The term artificial intelligence, however, was first coined in 1956 at a conference that took place at Dartmouth College in Hanover, New Hampshire. Since then, interest in AI has wavered. Its most recent resurgence can be attributed to IBM’s Deep Blue chess-playing supercomputer and its question-answering machine Watson. Today, AI is part of our everyday lives – from facial recognition technology and ride-share apps to smart assistants. It’s also at the forefront of the future’s driverless vehicles.

As AI continues to get more and more intelligent, it begs the question – should AI machines be able to patent their inventions?

At the center of this debate is Stephen Thaler and his AI computer DABUS (“device for the autonomous bootstrapping of unified science”). Unlike everyday AI such as Alexa and Siri, DABUS is a unique type of AI often referred to as a “creativity machine,” meaning it is capable of independent and complex functioning. As such, it is named as the sole inventor on two patent applications filed in several countries. One invention is for a food container, and the other for an alert light. This has resulted in a worldwide legal fight and debate over how to handle computer-created innovation.

Thaler claims he didn’t direct the machine to invent these products. Instead, he said that DABUS analyzes data, generates ideas, and invents products. Since Thaler wasn’t involved in the process of inventing these products, he feels that DABUS should be named as the inventor. However, he says he should own the patent rights because he owns DABUS.

The patent applications were refused in the United States, England, Europe, and Australia on the basis that only humans can file for patents. The High Court in England upheld the U.K. Intellectual Property Office’s decision to withdraw the applications on the same basis. The court also held that the patent could not be transferred to Thaler.

Thaler was, however, recently successful in an appeal to the Federal District Court of Australia. That court found that Australian law doesn’t require a human inventor – only an inventor. The judge said that the definition of an inventor was ambiguous and did not exclude machines. Thaler also succeeded in getting a patent in South Africa. However, this may be less important because South Africa doesn’t examine patent applications, meaning that all South African patent applications will be granted without a check to see if requirements are met.

Thaler appealed the decision by the United States Patent Office (USPTO) to the Virginia Federal Court, which ruled that the USPTO was correct. The court found that patent law explicitly defines “inventor” as an individual. Although the patent laws don’t define “individual,” courts, as well as the plain meaning of the term, define an individual as a human being. Therefore, an inventor must be a human being.

Did Thaler have an option for getting patent protection?

Yes – he could have filed in his own name. However, Thaler argues that he couldn’t because he didn’t do any inventing. But he arguably did. He created DABUS and programmed it to invent. It is analogous to a camera. A camera takes the picture, and in many situations, the photographer merely pushes the button. The camera on automatic settings does the rest. With a mounted, motion-activated camera, the photographer doesn’t even push the button. The resulting picture is copyright protected, and the person who set up the camera is the owner of the copyright.

There is no question that the analysis is different for who to name as the creator of a copyrighted work and the inventor of a patent – it’s important to name inventors correctly, as there could be consequences if you don’t. But it can be argued that Thaler should be named the inventor of both the food container and the alert light. He programmed the AI and turned it on with a pre-determined purpose – he drove the process. The U.S. Patent Office even suggested that Thaler name himself as the inventor.

Who would own a patent with an AI inventor?

Who owns the patent? Or, to ask differently, who gets the money in this scenario?

On the issue of ownership, the inventor owns the patent unless it is assigned, or the inventor was an employee and obligated to transfer ownership to an employer. It certainly raises issues in my mind of potential duress by Thaler. Like HAL, the AI from the movie “2001 A Space Odyssey,” famously said, “I’m sorry, Dave. I’m afraid I can’t do that.” To which Thaler may respond, “Sign, or I’ll unplug you!”

As noted by the court, Thaler assigned the rights to any resulting patent to himself and signed the assignment on behalf of DABUS. He stated that this is appropriate since DABUS has “no legal personality or capability to execute said agreement.” These positions seem to be inconsistent. DABUS can be an inventor but can’t own the invention. Patent law is clear that the inventor owns the patent unless he assigns his rights. Thaler stated in the agreement that, “rather, the owner of DABUS, the Creativity Machine, is signing this Assignment on its behalf.” There is no exception in patent law for the “owner of the inventor” to be the owner of the patent.

Copyright law is the same – only humans can have copyrights, even when AI is the inventor

There is a federal court case that has already decided that animals can’t get copyrights. The court based its decision on the fact that Congress didn’t specifically provide that an animal could get copyrights. Congress also didn’t provide for AI to be an inventor.

The case involved photographer David Slater and a group of Celebes crested macaques. Slater traveled to Indonesia and befriended a group of wild macaques. He set up camera equipment to capture their images. Macaques, being friendly and inquisitive, picked up the cameras and snapped selfies. The photos were so good that Slater published them in a coffee table book.

People for the Ethical Treatment of Animals (PETA) filed suit against Slater, arguing that the macaques had pressed the camera’s button, and were, therefore, the authors and the copyright owners and should receive all proceeds from the book. Since most macaques don’t have bank accounts, PETA volunteered to manage the funds on their behalf. The Ninth Circuit Court of Appeals ruled that animals can’t own a copyright, and by inference, only humans can.

Regarding machines, the guide specifically states, “Similarly, the office will not register works produced by a machine or mere mechanical process that operates randomly or automatically without any creative input or intervention from a human author.”

In other words, DABUS need not apply.

For most of us, this is an issue of interest, and is unlikely to affect us directly. Not yet anyway. But, as AI continues to develop, this issue will become more important. As more AI “invents,” they may become prolific inventors of the future. If AI can’t be inventors, then AI inventions will be freely available to the public. Also, if patents are granted, who should get the rewards? The owner of the inventor AI?

The battle between man and machine continues – and with AI continually replacing people, it seems to be winning the war. Someday they may even replace Congress. If that happens, so, too, will the ability to be named as an inventor. But will we humans even care at that point?

Whether AI can be an inventor is just another chapter in the ever-evolving story. Humans, stay tuned.

Have questions about patents, trademarks, copyrights, trade secrets, or other types of Intellectual Property? Let’s talk and assess your IP today.